Pythons and boas are two families of snakes that include a few dozens species each. They are famous because among those species we find the giant constrictor snakes that can grow up to 10 meters like the Green Anaconda Boa from South America and the Reticulated Python from South East Asia. But, more importantly, they both include a diversity of behaviours and shapes that are extraordinary. There are species that burrow underground, others that live in water, and others that rarely leave the rainforest tree tops.
The aim of my research is to understand how and why this diversity evolved. One of main interests has been to unravel how the two groups evolved that extraordinary diversity in parallel or independently, something called convergent evolution. My research has already proven that when a python and a boa faces the same challenge, it evolves the same solution independently, at least in terms of its skull morphology, one of the most important features in a limbless predator like a snake. The artwork here represents a Green Tree Python, a tree-dwelling species found in the tropical rainforests of North Queensland and New Guinea one of the most striking and beautiful snake species in the world. We chose this one because besides being extremely aesthetic, it has evolved an almost identical colouration, behaviour and shape as the Emerald Green Boa from South America. Smalls is an amazing artist full of interesting and creative ideas, working with him on this project was extremely rewarding. 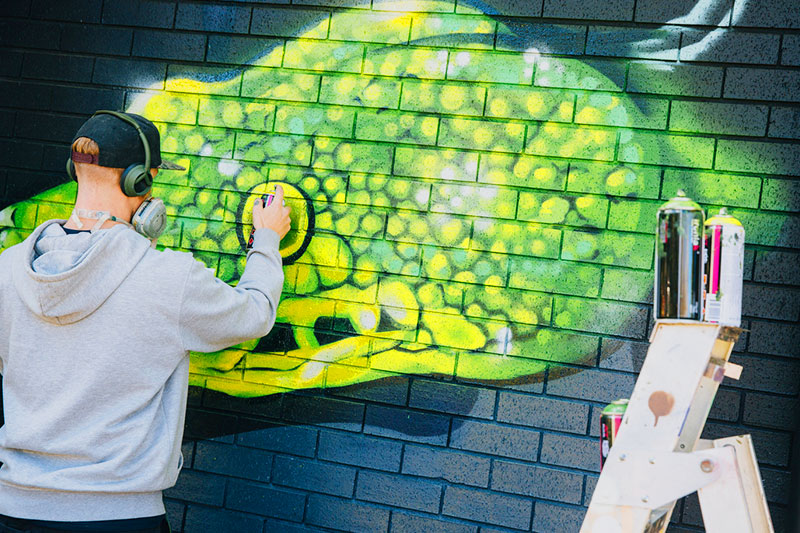 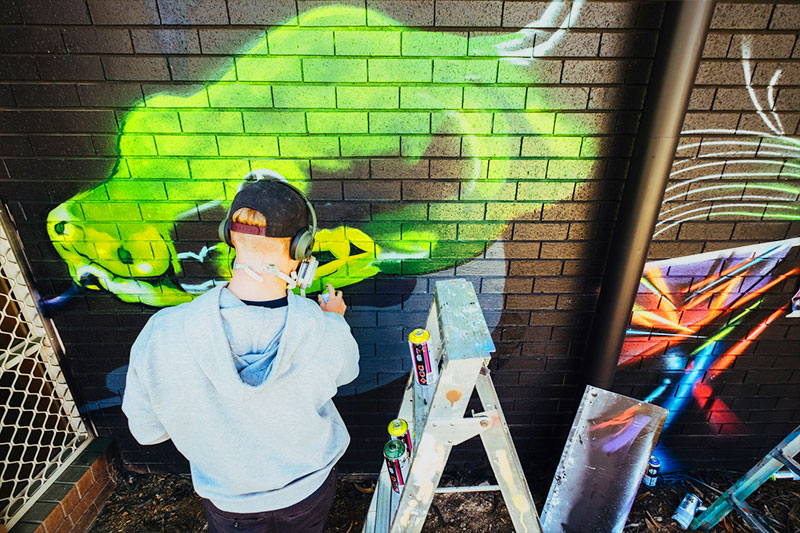 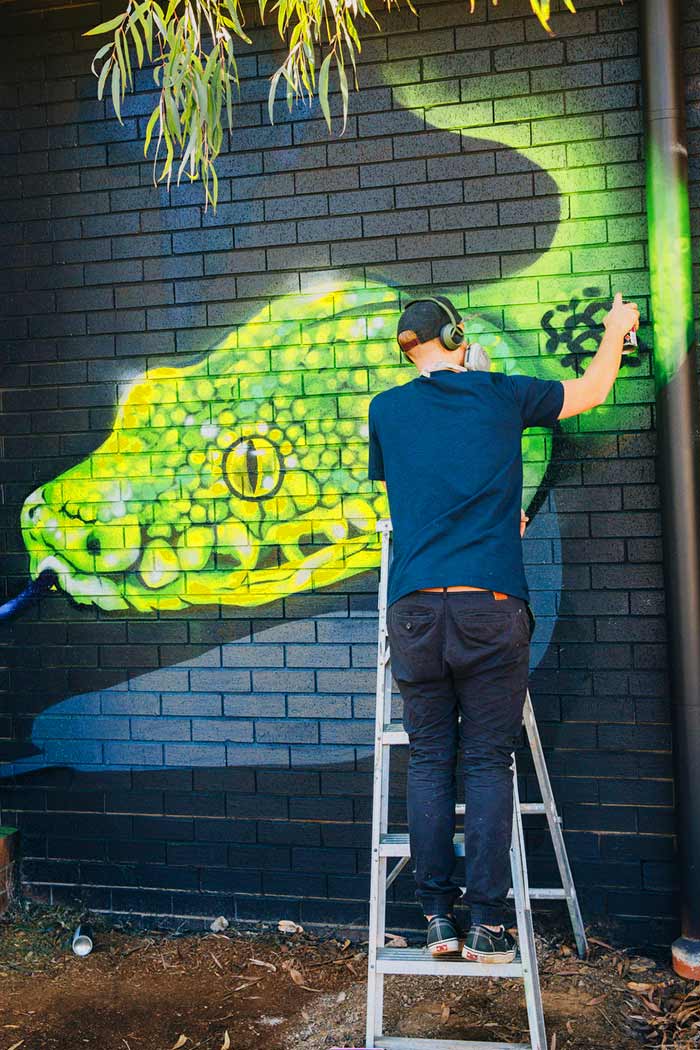 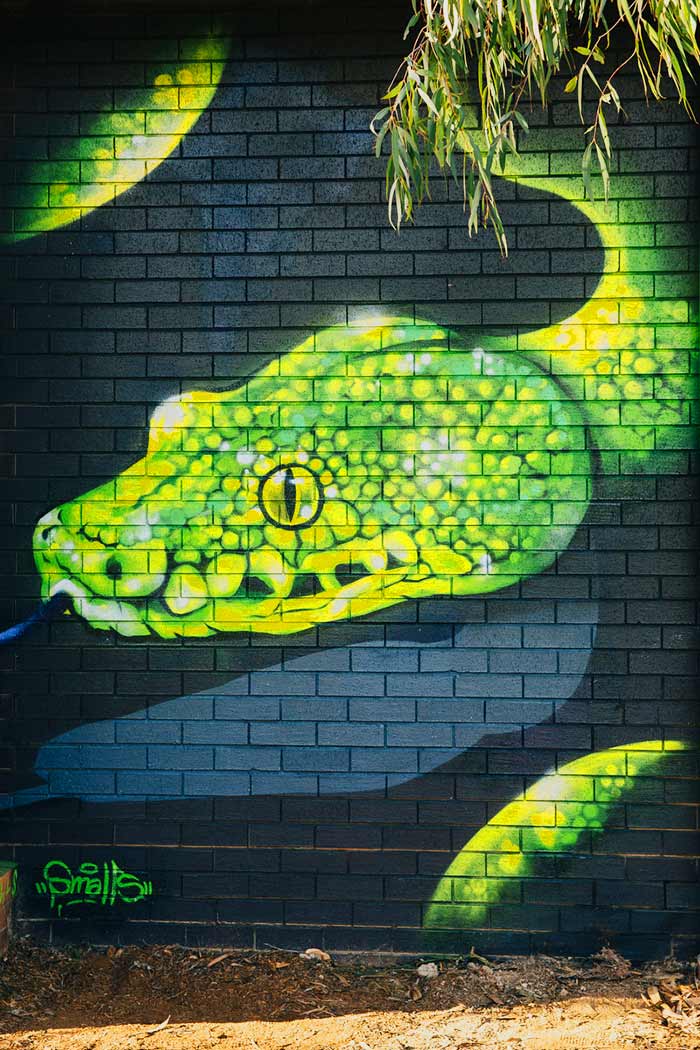 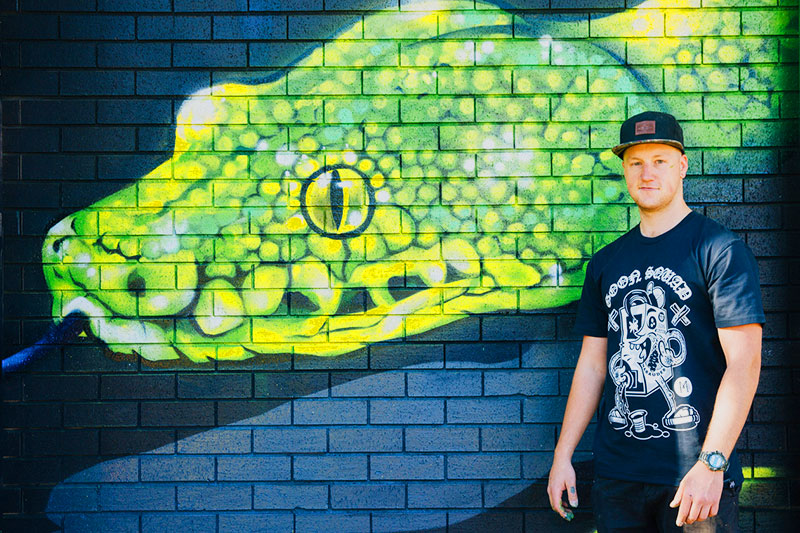 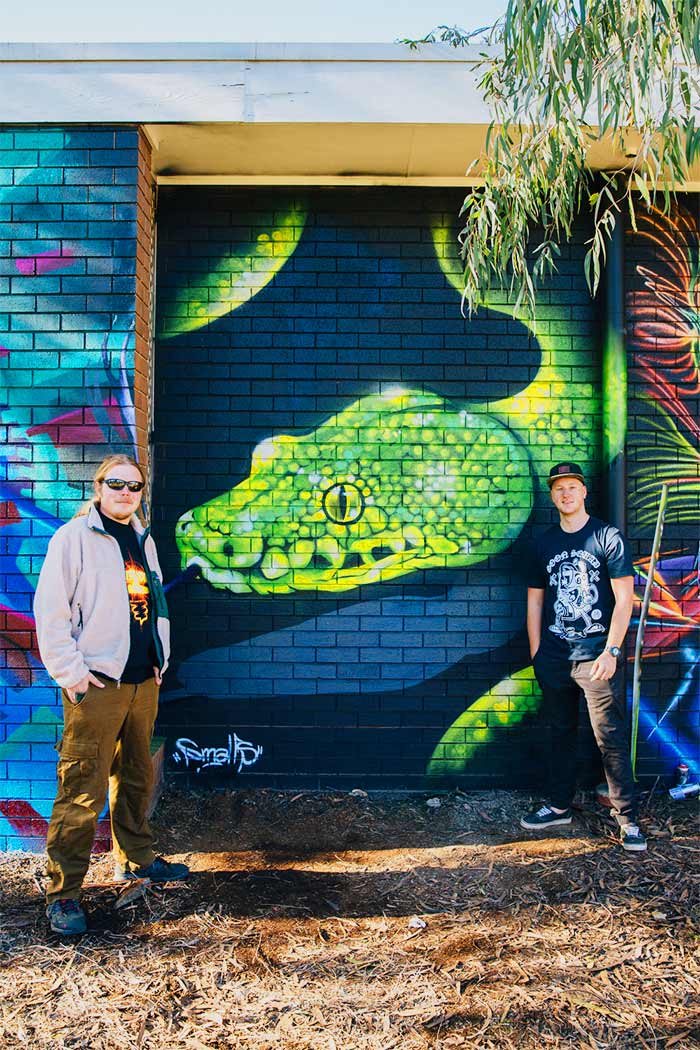 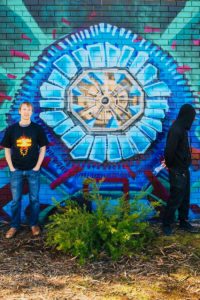 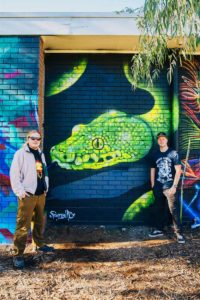 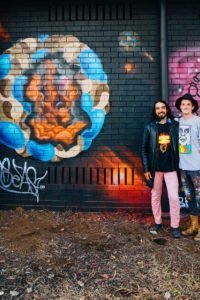 The Natural Scene in all Matter 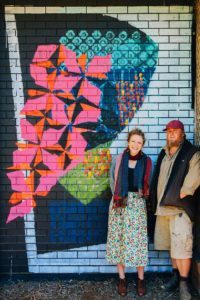 Layers upon Layers: Piecing together a monsoon story
See All